Today I am incredibly psyched to share four books that depict women living in the 1950s & 1960s.  I will NEVER NOT be fascinated with this period in our history.  I adore being a wife and a mother, but I also enjoy my opinions and ways of doing things that most definitely do not match up with the era I bring to you today. Some women were complacent with their expected roles as wives and mothers. Others rebelled or suffered from undiagnosed mental illnesses.  My book selection shows the superficial glamour of these times for women and the limitations and repercussions of such an oppressive era.   Yes, women could vote, but they were still second to their male counterparts in everything else…except child rearing, vacuuming, and making dinner.  Enjoy these four splendid books and wicked remarkable and courageous leading ladies!  I sure did!

Oh, my fabulousness….𝘓𝘦𝘴𝘴𝘰𝘯𝘴 𝘪𝘯 𝘊𝘩𝘦𝘮𝘪𝘴𝘵𝘳𝘺 by Bonnie Garmus is an absolute delight! It not only lived up to its incredible hype but exceeded all my expectations. ⁣ ⁣Leading lady Elizabeth Zott is a chemist in a man’s world. She is more intelligent than most men in her field and will only bend so far to conform to her expected role as a woman in the 1960s. ⁣Garmus’ book is not only the perfect mix of clever & crisp but also delivers a witty & thought-provoking storyline. The cast of characters is perfection, and Elizabeth Zott…an absolute trailblazer. Quite frankly, 2022 could use a splash or two of her grit and passion! ⁣

“Chemist Elizabeth Zott is not your average woman. In fact, Elizabeth Zott would be the first to point out that there is no such thing as an average woman. But it’s the early 1960s and her all-male team at Hastings Research Institute takes a very unscientific view of equality. Except for one: Calvin Evans; the lonely, brilliant, Nobel–prize nominated grudge-holder who falls in love with—of all things—her mind. True chemistry results. ⁣
⁣
But like science, life is unpredictable. Which is why a few years later Elizabeth Zott finds herself not only a single mother, but the reluctant star of America’s most beloved cooking show Supper at Six. Elizabeth’s unusual approach to cooking (“combine one tablespoon acetic acid with a pinch of sodium chloride”) proves revolutionary. But as her following grows, not everyone is happy. Because as it turns out, Elizabeth Zott isn’t just teaching women to cook. She’s daring them to change the status quo. “⁣

I have been DAZZLED! On Gin Lane by Brooke Lea Foster is the quintessential summer read.  Glitzy characters in Southampton…YES PLEASE! Foster’s atmospheric tale centered around leading lady Everleigh (Lee) Farrows and her dishy fiance Roland.  Foster explores one of my FAVORITE periods as of late, the 1950s.  A handsome fiance, a trust fund in her name, and a glamorous life in Southampton are everything a woman could dream of during this period, but it’s simply not enough to quench Lee’s thirst.  Lee’s desires soar way beyond a suburban homemaker galore, and she refuses to be shaped by society’s expectations.

While I admired Foster’s exploration of Lee’s advanced grit and desires during this time, I was pretty enamored by the buried secrets and family drama that not only propelled her story forward but had me turning the pages at a rapid pace.  And let’s not forget the New York pizzazz and sun-soaked Southampton atmosphere that had me yearning for my high heels and a day at the beach.  Chef’s Kiss!

“Everleigh “Lee,” Farrows thinks she finally has life all figured out: a handsome fiancé named Roland, a trust in her name, and a house in Bronxville waiting for her to fill it with three adorable children. That is, until Roland brings her out to the Hamptons for a summer that will change everything.

Most women could only dream of the engagement present Roland unexpectedly bestows on Lee—a beachside hotel on the prized Gin Lane—but Lee’s delight is clouded by unpleasant memories of another hotel, the Plaza, where she grew up in the shadow of her mother’s mental illness. Shaking off flashbacks, Lee resolves to dive into an unforgettable summer with poolside Bellinis, daily tennis matches, luncheons with her Manhattan circle, and her beloved camera in tow. But when tragedy strikes on the hotel’s opening weekend, the cracks in Lee’s picture-perfect future slowly begin to reveal themselves, and Lee must look deep within herself to determine if the life she’s always wanted will ever truly be enough.”

The Lunar Housewife, my first book by the fabulous Caroline Woods, is set in the 1950s in NYC with leading lady Louise, trying to make her mark in the male-dominated literary world while being in a sparkly relationship with a publisher of a brand new magazine. Wood’s book is a page-turning historical fiction novel that reads like a mystery. She nailed the period’s cold war vibes, stylish scenes, and depiction of women and their limited choices.  She braided into her historical mystery the CIA’s use of American arts as propaganda with perfection and even had controversial writer Ernest Hemingway in a small supporting -role.  Louise’s interview and “friendship” with Ernest Hemingway were the cherry on top for me! Lastly, Woods cleverly incorporated Louise’s science fiction love story she was drafting in-between chapters.  It was wicked fun to draw parallels between the two different worlds with similar tales.   Please make this book happen.

“New York City, 1953: Louise Leithauser’s star is on the rise. She’s filed some of the best pieces at her boyfriend Joe’s brand new literary magazine, Downtown (albeit under a male pseudonym), her relationship still makes her weak at the knees, and the science fiction romance she’s writing on the side, The Lunar Housewife, is going swimmingly. But when she overhears Joe and his business partner fighting about listening devices and death threats, Louise can’t help but investigate, and she quickly finds herself wading into dangerous waters. As Louise pieces together rumors, hunches, and clues, the picture begins to come together–Downtown‘s strings are being pulled by someone powerful, and that someone doesn’t want artists or writers criticizing Uncle Sam. Meanwhile, opportunities are falling in Louise’s lap that she’d have to be crazy to refuse, including an interview with America’s most famous living author, Ernest Hemingway. Can Louise stand by and let doors keep opening for her, while the establishment sells out and censors her fellow writers? As her suspicions and paranoia mount, Louise’s novel, The Lunar Housewife, changes shape, colored by her newfound knowledge. And when Louise is forced to consider her future sooner than she planned, she needs to decide whether she can trust Joe for the rest of her life.”

𝘛𝘩𝘦 𝘓𝘢𝘴𝘵 𝘊𝘰𝘯𝘧𝘦𝘴𝘴𝘪𝘰𝘯𝘴 𝘰𝘧 𝘚𝘺𝘭𝘷𝘪𝘢 𝘗. By Lee Kravetz is one of the most magnificent debut novels I have read in a long time. I LOVED IT! This story is centered around Sylvia Plath’s novel, 𝘛𝘩𝘦 𝘉𝘦𝘭𝘭 𝘑𝘢𝘳, and is told from the perspective of Estee (our present-day POV who discovers Plath’s original manuscript for 𝘛𝘩𝘦 𝘉𝘦𝘭𝘭 𝘑𝘢𝘳), Dr. Ruth Barnhouse (a psychiatrist who treated Plath in the early 1950s at Mclean Hospital after a suicide attempt), and Boston Rhodes (a literary rival from the late1950s).⁣
⁣
I was captivated by how well Kravetz combined three time periods into a clever literary mystery while giving Plath’s life-changing novel a HUGE nod. He showcased the 1950s from a woman’s viewpoint that revealed the struggles of being a wife, mother, and writer in a “man’s world.” He offered an inside peek into the mind of Plath during some of her darkest hours. But most importantly, he blended the beautiful yet devastating life of Plath with a swirl of fiction in a way that celebrates this cherished writer in a highly satisfying manner. ⁣

“A seductive literary mystery and mutigenerational story inspired by true events, The Last Confessions of Sylvia P. imaginatively brings into focus the period of promise and tragedy that marked the writing of Sylvia Plath’s modern classic The Bell Jar. Lee Kravetz uses a prismatic narrative formed from three distinct fictional perspectives to bring Plath to life–that of her psychiatrist, a rival poet, and years later, a curator of antiquities.

Estee, a seasoned curator for a small Massachusetts auction house, makes an astonishing find: the original manuscript of Sylvia Plath’s semi-autobiographical novel, The Bell Jar, written by hand in her journals fifty-five years earlier. Vetting the document, Estee will discover she’s connected to Plath’s legacy in an unexpected way.

Plath’s psychiatrist, Dr. Ruth Barnhouse, treats Plath during the dark days she spends at McLean Hospital following a suicide attempt, and eventually helps set the talented poet and writer on a path toward literary greatness.

Poet Boston Rhodes, a malicious literary rival, pushes Plath to write about her experiences at McLean, tipping her into a fatal spiral of madness and ultimately forging her legacy.

Like Michael Cunningham’s The Hours, Paula McLain’s The Paris Wife, and Theresa Anne Fowler’s Z: A Novel of Zelda Fitzgerald, The Last Confessions of Sylvia P. bridges fact and fiction to imagine the life of a revered writer. Suspenseful and beautifully written, Kravetz’s masterful literary novel is a hugely appealing read.” 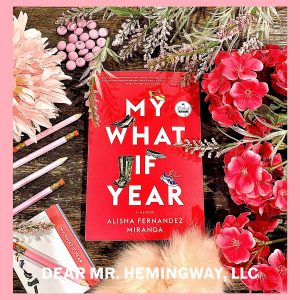 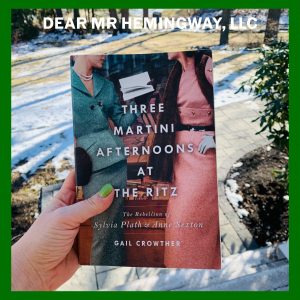