Twas the night before non-fiction 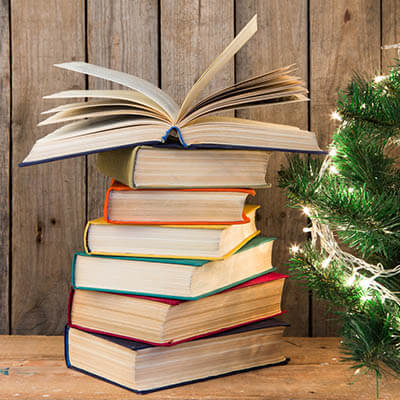 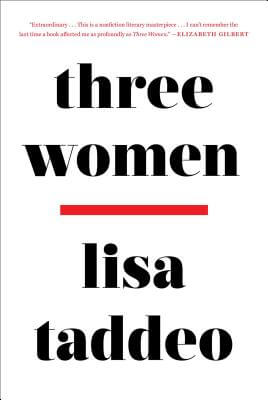 EVERYONE is talking about this sexually charged and brutally honest book.  Check it out!

From the Publisher:  “In suburban Indiana we meet Lina, a homemaker and mother of two whose marriage, after a decade, has lost its passion. Starved for affection, Lina battles daily panic attacks and, after reconnecting with an old flame through social media, embarks on an affair that quickly becomes all-consuming. In North Dakota we meet Maggie, a seventeen-year-old high school student who allegedly has a clandestine physical relationship with her handsome, married English teacher; the ensuing criminal trial will turn their quiet community upside down. Finally, in an exclusive enclave of the Northeast, we meet Sloane—a gorgeous, successful, and refined restaurant owner—who is happily married to a man who likes to watch her have sex with other men and women.

Based on years of immersive reporting and told with astonishing frankness and immediacy, Three Women is both a feat of journalism and a triumph of storytelling, brimming with nuance and empathy. “A work of deep observation, long conversations, and a kind of journalistic alchemy” (Kate Tuttle, NPR), Three Women introduces us to three unforgettable women—and one remarkable writer—whose experiences remind us that we are not alone.”

P.S.  Pair this book with this bracelet made out of recycled glass Hand-made by local Ghanaian artisans.  I have two of these bracelets and love them to pieces. 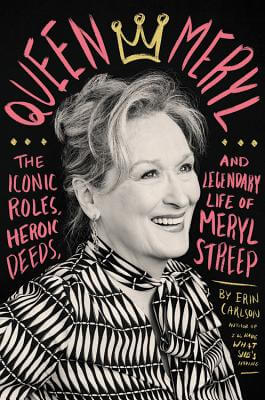 Oh Meryl…….I love you so.  My favorite of course was her role in The Devil Wears Prada.  Most recently though…..she slayed it in HBO’s Big Little Lies.  UNBELIEVABLE!!!!! Time to explore some more of Meryl with this timely book.  I mean, when is Meryl not timely??

From the Publisher:  “Journalist and author Erin Carlson documents all of Streep’s Oscars, accents, causes, memes, friendships, and feuds; also exploring the “off-brand” forays into action-adventure (The River Wild) and musicals (Mamma Mia!), and how Streep managed to sneak her feminism into each character. In the spirit of nontraditional bestsellers like Notorious RBG and The Tao of Bill Murray, Queen Meryl is illustrated by artist Justin Teodoro and filled with fascinating lists and sidebars, delivering joy in homage to its unique and brilliant subject.

P.S.  Made in Maine, this mini-clutch is inspired by a lobsterman’s bait bag.  This gorgeous and durable accessory is the perfect match for Meryl Lovers!!! 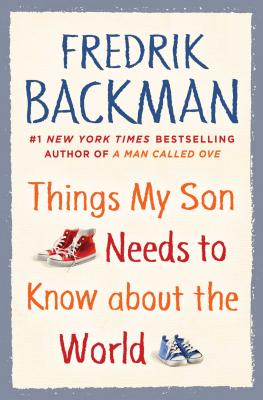 Anyone who knows me KNOWS I adore Fredrik Backman and everything he writes. This book stole my heart.  Parents (especially fathers) will LOVE this.

From the Publisher:  “In between the sleep-deprived lows and wonderful highs, Backman takes a step back to share the true story of falling in love with a woman who is his complete opposite, and learning to live a life that revolves around the people you care about unconditionally. Alternating between humorous side notes and longer essays offering his son advice as he grows up and ventures out into the world, Backman relays the big and small lessons in life, including:
-How to find the team you belong to
-Why airports explain everything about religion and war
-The reason starting a band is crucial to cultivating and keeping friendships
-How to beat Monkey Island 3
-Why, sometimes, a dad might hold onto his son’s hand just a little too tight

P.S.  I can not think of a more perfect gift to pair with Backman’s book than this Journal for Dads.  It has the greatest writing prompts so you don’t miss a thing. 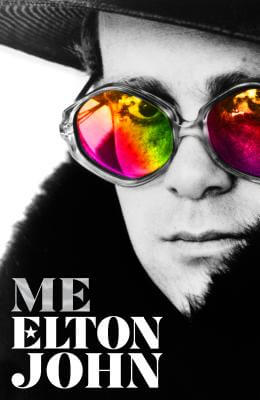 me by Elton John (Henry Holt and Co.)

Elton John is one of the best concerts I have ever been to.  His life as a musician, an AIDS activist, a partner and a father is beyond colorful.  It is hard not to love this guy!!!!

The Publisher:  “Christened Reginald Dwight, he was a shy boy with Buddy Holly glasses who grew up in the London suburb of Pinner and dreamed of becoming a pop star. By the age of twenty-three he was performing his first gig in America, facing an astonished audience in his bright yellow dungarees, a star-spangled T-shirt, and boots with wings. Elton John had arrived and the music world would never be the same again.

His life has been full of drama, from the early rejection of his work with song-writing partner Bernie Taupin to spinning out of control as a chart-topping superstar; from half-heartedly trying to drown himself in his LA swimming pool to disco-dancing with Princess Diana and Queen Elizabeth; from friendships with John Lennon, Freddie Mercury, and George Michael to setting up his AIDS Foundation to conquering Broadway with Aida, The Lion King, and Billy Elliot the Musical. All the while Elton was hiding a drug addiction that would grip him for over a decade.

In Me, Elton also writes powerfully about getting clean and changing his life, about finding love with David Furnish and becoming a father. In a voice that is warm, humble, and open, this is Elton on his music and his relationships, his passions and his mistakes. This is a story that will stay with you by a living legend.”

P.S. I absolutely love my wine cork candles. Pair them with this book to light up your night! 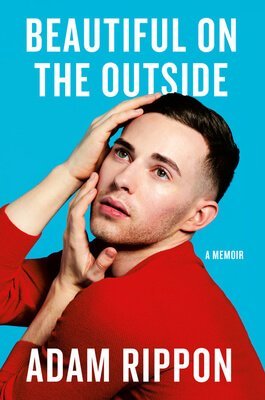 Beautiful on the Outside by Adam Rippon (Grand Central Publishing)

I am obsessed with any athletes’ rise to success (no matter the sport).  It all seems so crazy to me.  Figure skating is pretty unbelievable in my opinion…especially considering that I can barely make it around the ice skating pond without falling.  Never mind skating backwards or even trying to lift one leg.  Dive in to this beauty!

From the Publisher:  “Your mom probably told you it’s what on the inside that counts. Well, then she was never a competitive figure skater. Olympic medalist Adam Rippon has been making it pretty for the judges even when, just below the surface, everything was an absolute mess. From traveling to practices on the Greyhound bus next to ex convicts to being so poor he could only afford to eat the free apples at his gym, Rippon got through the toughest times with a smile on his face, a glint in his eye, and quip ready for anyone listening. Beautiful on the Outside looks at his journey from a homeschooled kid in Scranton, Pennsylvania, to a self-professed American sweetheart on the world stage and all the disasters and self-delusions it took to get him there. Yeah, it may be what’s on the inside that counts, but life is so much better when it’s beautiful on the outside.”

P.S. Pair a set of 6 figure skating greeting cards with this icy tale!  How COOL is that?