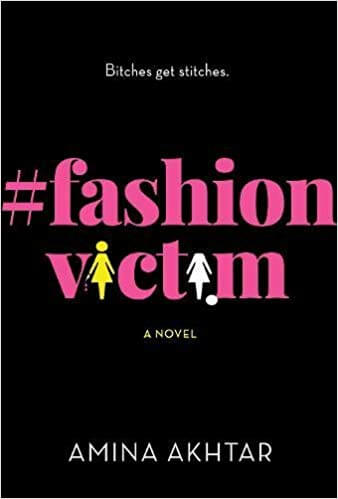 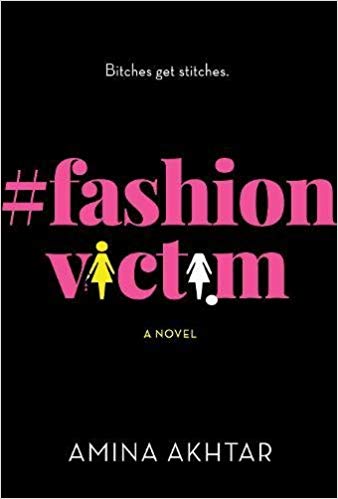 Reading about the New York City fashion world never grows old to me. How can you not love a female character who can flag down a cab in six-inch stilettos while juggling her high-end handbag, designer umbrella, diamond-studded iPhone, and piping hot Starbucks?  The first books to introduce me to this scene were The Devil Wears Prada by Lauren Weisberger and Sex in the City by Candace Bushnell. These stories gave me my first glimpse into the chic and designer world of NYC. They allowed me to turn off my brain and relax into a colorful and bubbly atmosphere so different than my own. Because of the fun, I experienced with these two oldies but goodies, I was super pumped to get my hands on this new book, #fashionvictim by Amina Akhtar.

The story follows Anya St. Clair, fashion editor at La Vie magazine in NYC. Anya is desperately trying to win BFF status with her co-worker and fashion icon, Sarah Elizabeth Taft. Anya will do ANYTHING for her approval and to secure a seat next to her at fashion week. Starving yourself, charging designer clothes, and fetching coffee are all normal behaviors to win over a co-worker at La Vie. What separates Anya from the rest of the civilized world is that she actually murders people (wearing Louis Vuitton and sporting a fresh mani) to get closer to Sarah.

#fashionvictim starts out relatively light with hints of Anya’s craziness.  I wasn’t too alarmed with Anya’s first kill. Sadly, there was a comical aspect to it that led me to believe that this was going to be no big deal (you know, just a dead body in the background of a glamorous tale). I was mistaken by this premature thought.  Don’t get me wrong, there were many “ha, ha, ha” moments between characters. There were also disturbing thoughts and actions of a psychotic personality that totally creeped me out. Akhtar’s book is a dark and stylish story filled with funny, narcissistic, and self-absorbed characters.  It is a quick read with a storyline that will keep your nose in the book. The conclusion of #fashionvictim not only surprised me but earned my approval.

Write to you next week Mr. H!

P.S. If Andrea Sachs and Dexter Morgan had a baby, her name would be Anya St. Clair!