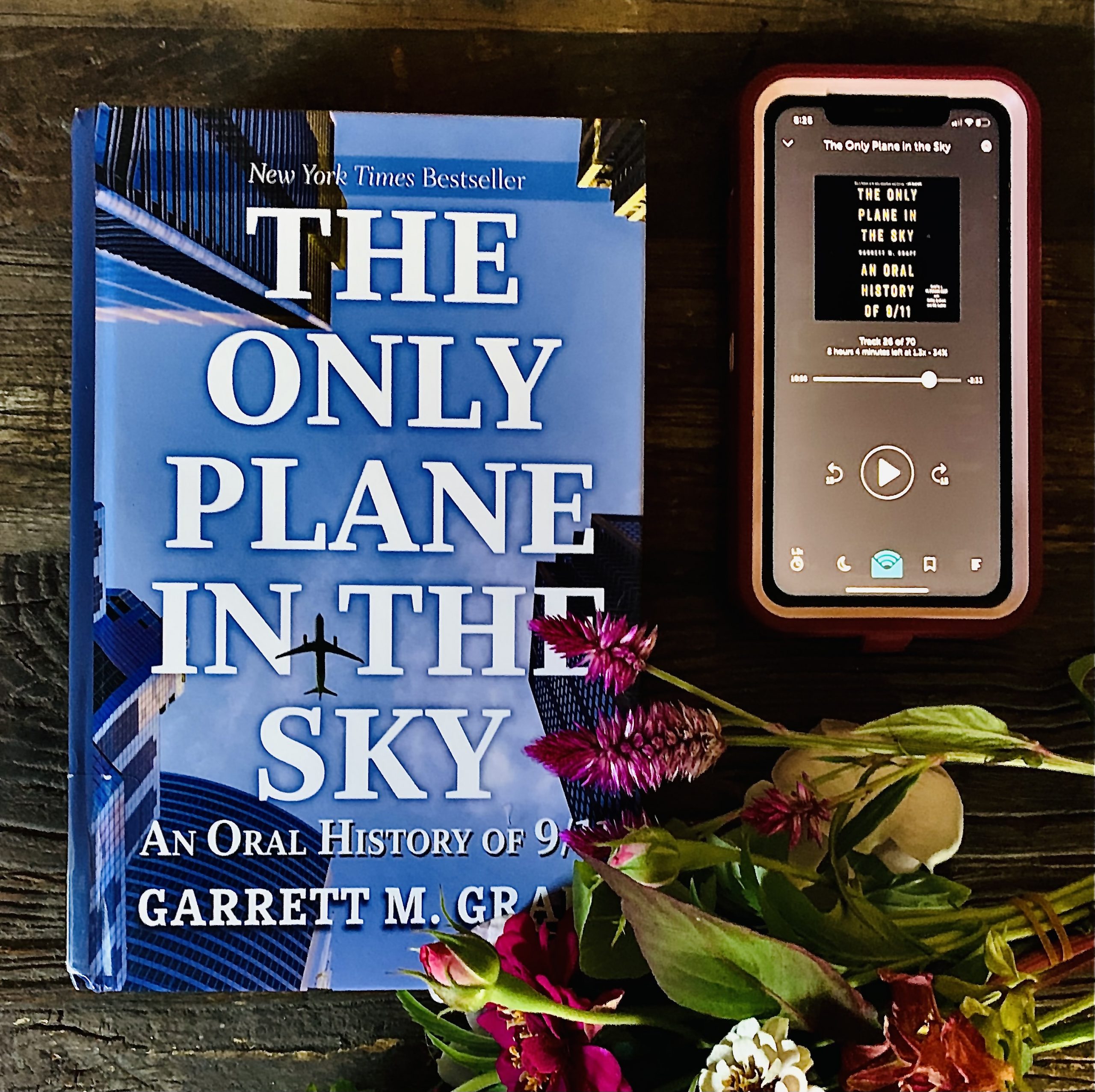 Today there will be no letter to Mr. Hemingway. I have no words. I have been moved to complete stillness.

“Over the past eighteen years, monumental literature has been published about 9/11, from Lawrence Wright’s The Looming Tower to The 9/11 Commission Report. But one perspective has been missing up to this point—a 360-degree account of the day told through firsthand.

Now, in The Only Plane in the Sky, Garrett Graff tells the story of the day as it was lived—in the words of those who lived it. Drawing on never-before-published transcripts, declassified documents, original interviews, and oral histories from nearly five hundred government officials, first responders, witnesses, survivors, friends, and family members, he paints the most vivid and human portrait of the September 11 attacks yet.

Beginning in the predawn hours of airports in the Northeast, we meet the ticket agents who unknowingly usher terrorists onto their flights, and the flight attendants inside the hijacked planes. In New York, first responders confront a scene of unimaginable horror at the Twin Towers. From a secret bunker under the White House, officials watch for incoming planes on radar. Aboard unarmed fighter jets in the air, pilots make a pact to fly into a hijacked airliner if necessary to bring it down. In the skies above Pennsylvania, civilians aboard United 93 make the ultimate sacrifice in their place. Then, as the day moves forward and flights are grounded nationwide, Air Force One circles the country alone, its passengers isolated and afraid.

More than simply a collection of eyewitness testimonies, The Only Plane in the Sky is the historic narrative of how ordinary people grappled with extraordinary events in real time: the father and son caught on different ends of the impact zone; the firefighter searching for his wife who works at the World Trade Center; the operator of in-flight telephone calls who promises to share a passenger’s last words with his family; the beloved FDNY chaplain who bravely performs last rites for the dying, losing his own life when the Towers collapse; and the generals at the Pentagon who break down and weep when they are barred from trying to rescue their colleagues.

At once a powerful tribute to the courage of everyday Americans and an essential addition to the literature of 9/11, The Only Plane in the Sky weaves together the unforgettable personal experiences of the men and women who found themselves caught at the center of an unprecedented human drama. The result is a unique, profound, and searing exploration of humanity on a day that changed the course of history, and all of our lives.”