Bonus Book Bundles of Joy: A Book is Paired with its Sequel 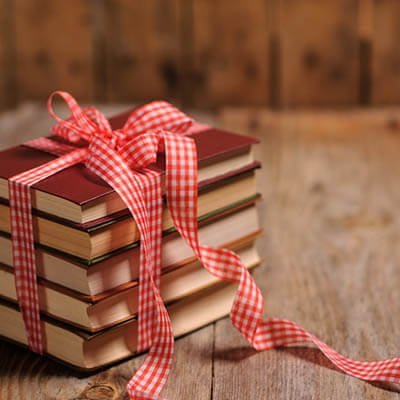 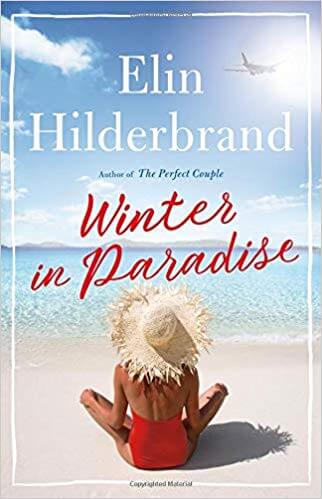 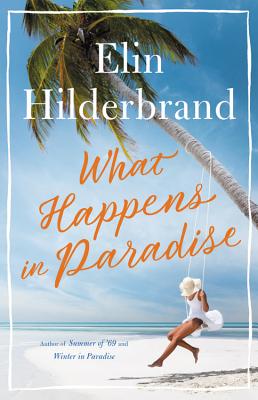 Winter in Paradise & What Happens  in paradise by Elin Hilderbrand
(Little, Brown & Co.)

Elin Hilderbrand is my go-to/auto-buy author. She never disappoints. Read the first two books in her new trilogy that takes place on the island of St. John.  SOOOOO Good!!!!

Winter in Paradise – From the Publisher:  “Irene Steele shares her idyllic life in a beautiful Iowa City Victorian house with a husband who loves her to sky-writing, sentimental extremes. But as she rings in the new year one cold and snowy night, everything she thought she knew falls to pieces with a shocking phone call: her beloved husband, away on business, has been killed in a helicopter crash. Before Irene can even process the news, she must first confront the perplexing details of her husband’s death on the distant Caribbean island of St. John.

After Irene and her sons arrive at this faraway paradise, they make yet another shocking discovery: her husband had been living a secret life. As Irene untangles a web of intrigue and deceit, and as she and her sons find themselves drawn into the vibrant island culture, they have to face the truth about their family, and about their own futures.”

What Happens in Paradise-From the Publisher:  “A year ago, Irene Steele had the shock of her life: her loving husband, father to their grown sons and successful businessman, was killed in a helicopter crash. But that wasn’t Irene’s only shattering news: he’d also been leading a double life on the island of St. John, where another woman loved him, too.

Now Irene and her sons are back on St. John, determined to learn the truth about the mysterious life — and death — of a man they thought they knew. Along the way, they’re about to learn some surprising truths about their own lives and their futures. “ 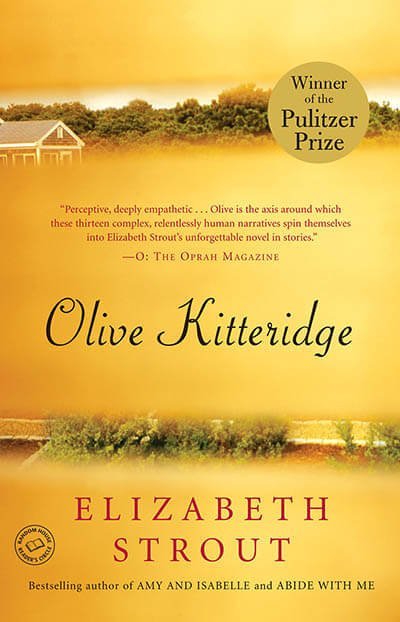 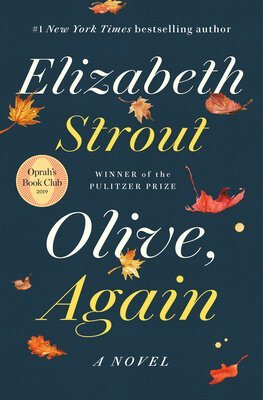 Oh, Olive.…I love you so.  I am so excited that everyone gets to have a little more time with you.  One book was just a warm-up!!!!

Olive Kitteridge– From the Publisher:  “At times stern, at other times patient, at times perceptive, at other times in sad denial, Olive Kitteridge, a retired schoolteacher, deplores the changes in her little town of Crosby, Maine, and in the world at large, but she doesn’t always recognize the changes in those around her: a lounge musician haunted by a past romance; a former student who has lost the will to live; Olive’s own adult child, who feels tyrannized by her irrational sensitivities; and her husband, Henry, who finds his loyalty to his marriage both a blessing and a curse.

As the townspeople grapple with their problems, mild and dire, Olive is brought to a deeper understanding of herself and her life—sometimes painfully, but always with ruthless honesty. Olive Kitteridge offers profound insights into the human condition—its conflicts, its tragedies and joys, and the endurance it requires.”

Olive Again– From the Publisher:  “Prickly, wry, resistant to change yet ruthlessly honest and deeply empathetic, Olive Kitteridge is “a compelling life force” (San Francisco Chronicle). The New Yorker has said that Elizabeth Strout “animates the ordinary with an astonishing force,” and she has never done so more clearly than in these pages, where the iconic Olive struggles to understand not only herself and her own life but the lives of those around her in the town of Crosby, Maine. Whether with a teenager coming to terms with the loss of her father, a young woman about to give birth during a hilariously inopportune moment, a nurse who confesses a secret high school crush, or a lawyer who struggles with an inheritance she does not want to accept, the unforgettable Olive will continue to startle us, to move us, and to inspire us—in Strout’s words—“to bear the burden of the mystery with as much grace as we can.” 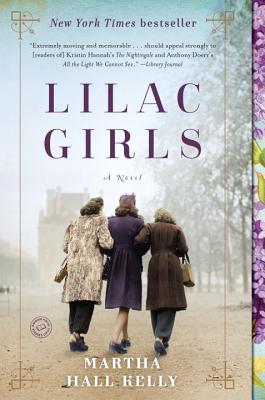 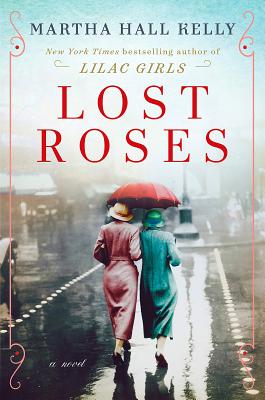 So…Lost Roses came after Lilac Girls (oh my gosh I loved this), however, technically it is not a sequel but a prequel…how cool is that.  With that said, you can read them in either order if you choose.  I vote for Lilac Girls first though. Of course, totally buy them both!

Lilac Girls-From the Publisher:  “New York socialite Caroline Ferriday has her hands full with her post at the French consulate and a new love on the horizon. But Caroline’s world is forever changed when Hitler’s army invades Poland in September 1939—and then sets its sights on France.

An ocean away from Caroline, Kasia Kuzmerick, a Polish teenager, senses her carefree youth disappearing as she is drawn deeper into her role as courier for the underground resistance movement. In a tense atmosphere of watchful eyes and suspecting neighbors, one false move can have dire consequences.

For the ambitious young German doctor, Herta Oberheuser, an ad for a government medical position seems her ticket out of a desolate life. Once hired, though, she finds herself trapped in a male-dominated realm of Nazi secrets and power.

The lives of these three women are set on a collision course when the unthinkable happens and Kasia is sent to Ravensbrück, the notorious Nazi concentration camp for women. Their stories cross continents—from New York to Paris, Germany, and Poland—as Caroline and Kasia strive to bring justice to those whom history has forgotten.”

Lost Roses- From the Publisher:  “It is 1914, and the world has been on the brink of war so often, many New Yorkers treat the subject with an only passing interest. Eliza Ferriday is thrilled to be traveling to St. Petersburg with Sofya Streshnayva, a cousin of the Romanovs. The two met years ago one summer in Paris and became close confidantes. Now Eliza embarks on the trip of a lifetime, home with Sofya to see the splendors of Russia: the church with the interior covered in jeweled mosaics, the Rembrandts at the tsar’s Winter Palace, the famous ballet.

But when Austria declares war on Serbia and Russia’s imperial dynasty begins to fall, Eliza escapes back to America, while Sofya and her family flee to their country estate. In need of domestic help, they hire the local fortune-teller’s daughter, Varinka, unknowingly bringing intense danger into their household.

On the other side of the Atlantic, Eliza is doing her part to help the White Russian families find safety as they escape the revolution. But when Sofya’s letters suddenly stop coming, she fears the worst for her best friend.
From the turbulent streets of St. Petersburg and aristocratic countryside estates to the avenues of Paris where a society of fallen Russian émigrés live to the mansions of Long Island, the lives of Eliza, Sofya, and Varinka will intersect in profound ways. In her newest powerful tale told through female-driven perspectives, Martha Hall Kelly celebrates the unbreakable bonds of women’s friendship, especially during the darkest days of history.” 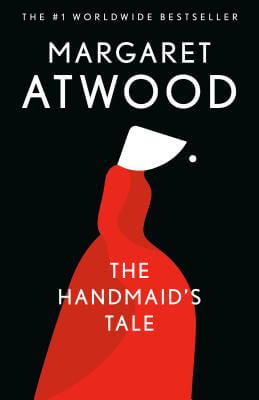 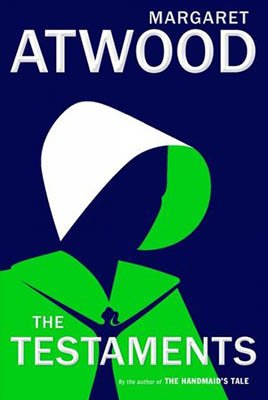 I am obsessed with both of these books.  If you have not visited the world of Gilead…go check it out. It is a WILD ride!

The Handmaid’s Tale-From the Publisher:  “In Margaret Atwood’s dystopian future, environmental disasters and declining birthrates have led to a Second American Civil War. The result is the rise of the Republic of Gilead, a totalitarian regime that enforces rigid social roles and enslaves the few remaining fertile women. Offred is one of these, a Handmaid bound to produce children for one of Gilead’s commanders. Deprived of her husband, her child, her freedom, and even her own name, Offred clings to her memories and her will to survive. At once a scathing satire, an ominous warning, and a tour de force of narrative suspense, The Handmaid’s Tale is a modern classic.”

The Testaments-From the Publisher:  “More than fifteen years after the events of The Handmaid’s Tale, the theocratic regime of the Republic of Gilead maintains its grip on power, but there are signs it is beginning to rot from within. At this crucial moment, the lives of three radically different women converge, with potentially explosive results.

Two have grown up as part of the first generation to come of age in the new order. The testimonies of these two young women are joined by a third: Aunt Lydia.  Her complex past and uncertain future unfold in surprising and pivotal ways.

With The Testaments, Margaret Atwood opens up the innermost workings of Gilead, as each woman is forced to come to terms with who she is, and how far she will go for what she believes.” 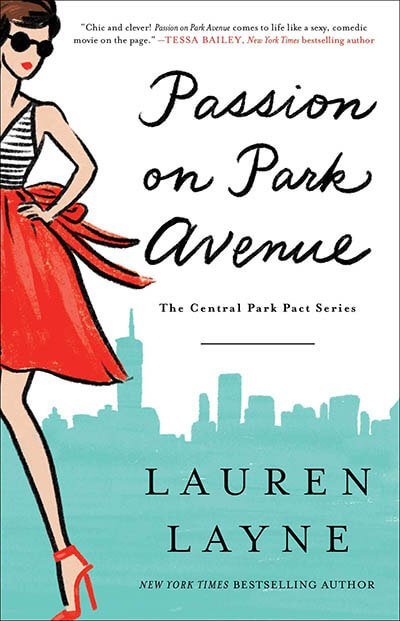 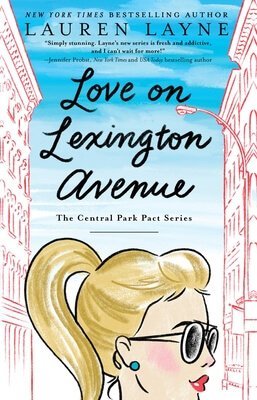 These books have it all. Cocktails, Central Park, to die for Manhattan apartments, and above all…Love in the Big Apple. Hurry up and read them. The third one in the series comes out in early 2020.

Passion on Park Avenue-From the Publisher:  “For as long as she can remember, Bronx-born Naomi Powell has had one goal: to prove her worth among the Upper East Side elite—the same people for which her mom worked as a housekeeper. Now, as the strongminded, sassy CEO of one of the biggest jewelry empires in the country, Naomi finally has exactly what she wants—but it’s going to take more than just the right address to make Manhattan’s upper class stop treating her like an outsider.

The worst offender is her new neighbor, Oliver Cunningham—the grown son of the very family Naomi’s mother used to work for. Oliver used to torment Naomi when they were children, and as a ridiculously attractive adult, he’s tormenting her in entirely different ways. Now they find themselves engaged in a battle-of-wills that will either consume or destroy them.”

Love on Lexington Avenue-From the Publisher:  “There are no good men left in New York City. At least that’s Claire Hayes’s conviction after finding out her late husband was not the man she thought he was. Determined to rid her home of anything that reminds her of her cheating husband, Claire sets out to redesign her boring, beige Upper East Side brownstone and make it something all her own. But what starts out as a simple renovation becomes a lot more complicated when she meets her bad-tempered contractor Scott Turner.

Scott bluntly makes it known to Claire that he only took on her house for a change of pace from the corporate offices and swanky hotels he’s been building lately, and he doesn’t hesitate to add that he has no patience for a pampered, damaged princess with a penchant for pink. But when long workdays turn into even longer nights, their mutual wariness morphs into something more complicated—a grudging respect, and maybe even attraction…”