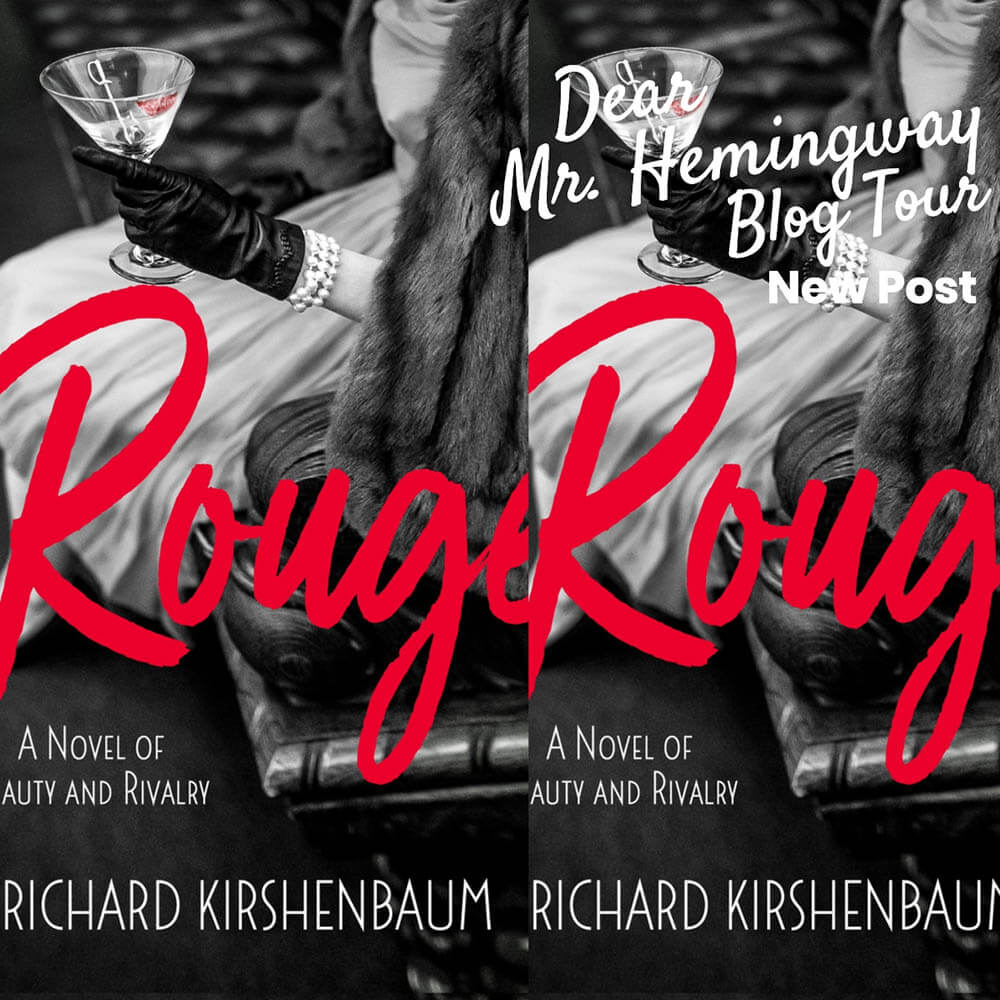 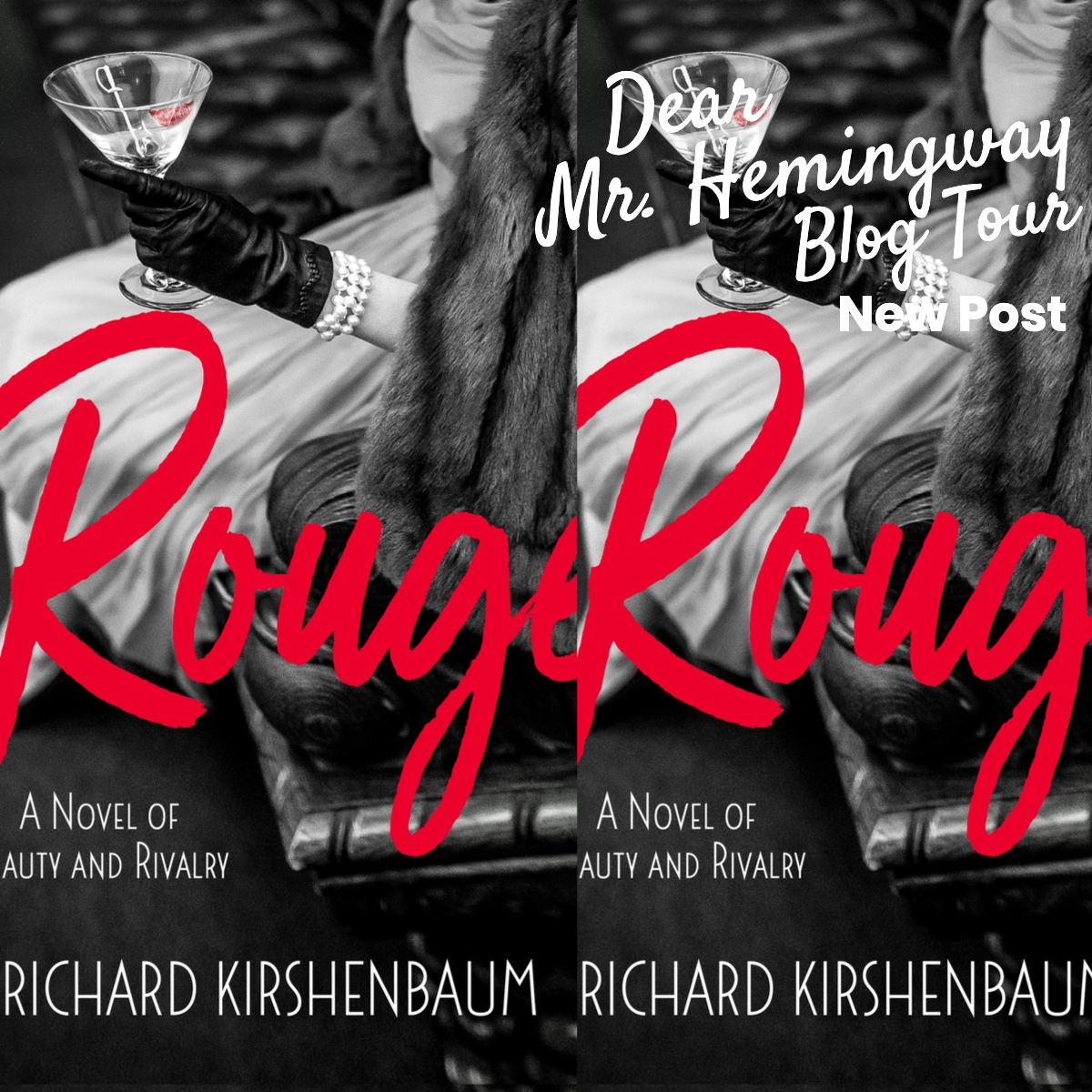 Makeup…So many of us wear it, adore it, and depend on it as part of our daily routine. The history of our modern cosmetic industry is swanky and unmerciful. Real-life makeup mavens Elizabeth Arden and Helena Rubinstein pioneered the beauty industry for women beginning in the early 1920s. Their bitter rivalry for superiority in the industry lasted for more than 50 years. With books written, a broadway play produced, and even a PBS special made based on their ongoing tug-of-war, these two ladies are beyond cultural icons.

In Richard Kirshenbaum’s new novel, Rouge, he tells the story of two fictional characters whose lives appear to be loosely based on real-life Arden and Rubinstein.  He cleverly incorporates history with his own fictional embellishments. Kirshenbaum’s story spans from the 1920s until 1993, with the bulk of the story taking place in the 1930s and 1940s. Though his book is a work of fiction, Kirshenbaum dives into the past with historical detail that makes it impossible to decipher what is real and what is fiction. Give your lashes a swipe of mascara and blot your cheeks with some powder, you are about to witness women who will stop at nothing to get to the top. Here we go!!!!

Richard Kirshenbaum’s story follows Josephine Herz, a Jewish woman born and raised in Poland, but who fled her native country before the Nazi invasion. Carrying her pots of beauty creams which she was constantly working on, she headed to Australia and eventually landed in New York City. It’s here that her cosmetic business became a global success.  With every successful business woman, there is bound to be a competitor to challenge them to the finish line. Meet Constance Gardiner, a New York City society woman whose vision was to make beauty accessible to every woman.  Not only did she believe in the power of cosmetics, she believed in the power women could have with the right tools. Developing a door-to door cosmetic sales model by women for women, Gardiner empowered women to be independent, earn money while raising their children and above all……. become equal to men.  Herz and Gardiner were constantly going head to head on developing the next big cosmetic breakthrough. From mascara to perfume to marketing approaches, they stopped at nothing (and I mean nothing) to outdo one another. Though these two beauties were top in their industry, there were other contenders lurking on the sidelines.  Cee Cee Lopez, a woman who worked for Gardiner, developed the first hair relaxer for the African American woman. Once loyal to Gardiner, she quickly jumped ship and worked for Herz after a major falling out. Lastly, Cee Cee’s lover, Mickey Heron, enters the playing field first as Cee Cee’s knight in shining armor, but then as a major cosmetic player himself.  The action is non-stop in this cosmetic industry drama. To make it to the top is one thing. To stay at the top is a whole other affair.

Richard Kirshenbaum’s storytelling is top notch.   He unveils his characters’ inner emotional turmoil that not only drives them forward in their quest for success, but is their number one enemy in the end.  Kirshenbaum explores how race, sexuality, and gender played such a significant role in these characters’ journeys. Though Herz and Gardiner‘s lives appeared glamorous and tidy from the outside, they were truly falling apart behind closed doors. Readers will get a glimpse of the sacrifices made to become the supreme beauty queen. Rouge is filled to the tippy top with mystique, lust and back-stabbing at its finest.  Enjoy this attractive and cutthroat journey into a world filled with lipstick, mascara and rouge.  Herz and Gardiner……..cosmetic entrepreneurs, household names and ruthless competitors…till death do them part!!!!!!

P.S. Thank you to St.Martin’s Press and Netgalley for the  advanced reader copy of Rouge by Richard Kirshenbaum in exchange for an honest review. It has been a pleasure being on this Book Blog Tour with Rouge!!!!!!!!