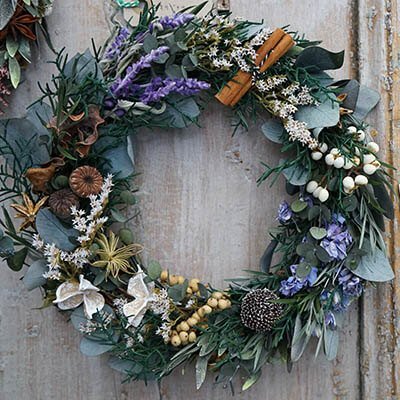 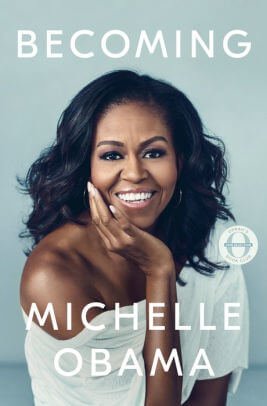 One of the most anticipated memoirs of the year has to be on this holiday list. Need I say more! I am really hoping for this one too.

From the Publisher (Crown Publishing):  “In a life filled with meaning and accomplishment, Michelle Obama has emerged as one of the most iconic and compelling women of our era.

As First Lady of the United States of America—the First African-American to serve in that role—she helped create the most welcoming and inclusive White House in history, while also establishing herself as a powerful advocate for women and girls in the U.S. and around the world, dramatically changing the way that families pursue healthier and more active lives, and standing with her husband as he led America through some of its most harrowing moments. Along the way, she showed us a few dance moves, crushed Carpool Karaoke, and raised two down-to-earth daughters under an unforgiving media glare.In her memoir, a work of deep reflection and mesmerizing storytelling, Michelle Obama invites readers into her world, chronicling the experiences that have shaped her—from her childhood on the South Side of Chicago to her years as an executive balancing motherhood and work, to her time spent at the world’s most famous address. With unerring honesty and lively wit, she describes her triumphs and her disappointments, both public and private, telling her full story as she has lived it—in her own words and on her own terms. Warm, wise, and revelatory, Becoming is the deeply personal reckoning of a woman of soul and substance who has steadily defied expectations—and whose story inspires us to do the same.”

P.S.  These vase bookends are gorgeous and classy. They compliment the star of the book Becoming, so very well. 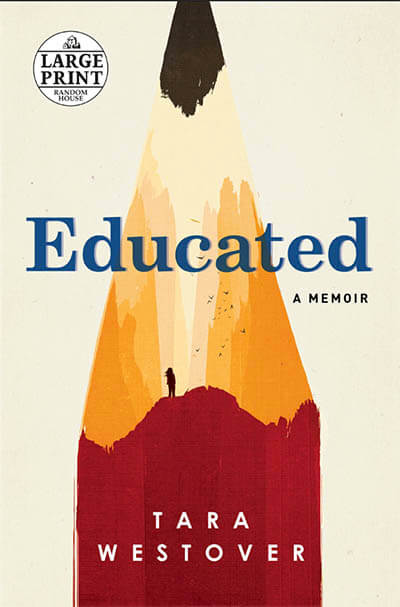 Be prepared to have your jaw drop while reading this almost unimaginable memoir.

From the Publisher (Penguin House Random):  “On a cool June evening in 2009, after performing a From the Publisher (Penguin Random House):  “Born to survivalists in the mountains of Idaho, Tara Westover was seventeen the first time she set foot in a classroom. Her family was so isolated from mainstream society that there was no one to ensure the children received an education, and no one to intervene when one of Tara’s older brothers became violent. When another brother got himself into college, Tara decided to try a new kind of life. Her quest for knowledge transformed her, taking her over oceans and across continents, to Harvard and to Cambridge University. Only then would she wonder if she’d traveled too far, if there was still a way home.”

P.S.  Pair this book with an essential oil diffuser and oils to experience the “WOW” of this book in a peaceful setting. 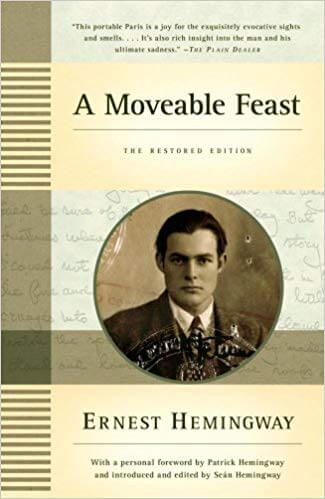 A Moveable Feast by Ernest Hemingway

If you are a true “foodie”, then this is your bible.  You will be dreaming of crisp wine and raw oysters after indulging in this delicious read.

From the Publisher (Simon & Schuster):  “Ernest Hemingway’s classic memoir of Paris in the 1920s, now available in a restored edition, includes the original manuscript along with insightful recollections and unfinished sketches.  Published posthumously in 1964, A Moveable Feast remains one of Ernest Hemingway’s most enduring works. Since Hemingway’s personal papers were released in 1979, scholars have examined the changes made to the text before publication. Now, this special restored edition presents the original manuscript as the author prepared it to be published.

Featuring a personal Foreword by Patrick Hemingway, Ernest’s sole surviving son, and an Introduction by grandson of the author, Seán Hemingway, editor of this edition, the book also includes a number of unfinished, never-before-published Paris sketches revealing experiences that Hemingway had with his son, Jack, and his first wife Hadley. Also included are irreverent portraits of literary luminaries, such as F. Scott Fitzgerald and Ford Maddox Ford, and insightful recollections of Hemingway’s own early experiments with his craft.

Widely celebrated and debated by critics and readers everywhere, the restored edition of A Moveable Feast brilliantly evokes the exuberant mood of Paris after World War I and the unbridled creativity and unquenchable enthusiasm that Hemingway himself epitomized.”

P.S.  A handmade oyster shucking board is truly a must to go along with this gift! 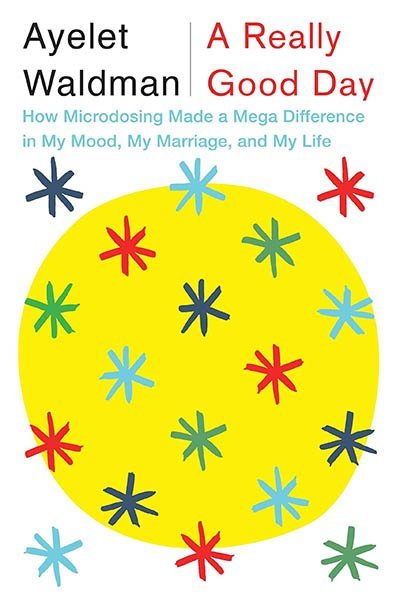 A Really Good Day:  How Microdosing Made a Mega Difference in My Mood, My Marriage, and My life by Ayelet Waldman

It’s time to learn something new about the drug, LSD. I am beyond curious to read all about this.

From the Publisher (Penguin Random House):  “When a small vial arrives in her mailbox from “Lewis Carroll,” Ayelet Waldman is ready to try anything. Her depression has become intolerable, severe and unmanageable; medication has failed to make a difference. Married with four children and a robust career, she “should” be happy, but instead her family and her work are suffering at the mercy of her mood disorder. So she opens the vial, places two drops on her tongue, and becomes part of a burgeoning underground group of scientists and civilians successfully using therapeutic microdoses of LSD. As Waldman charts her experience over the course of a month, during which she achieved a newfound feeling of serenity, she also explores the history and mythology of LSD, the cutting-edge research into the drug, and the byzantine policies that control it. Drawing on her experience as a federal public defender, and as the mother of teenagers, and her research into the therapeutic value of psychedelics, Waldman has produced a book that is candid, revealing and completely enthralling.””

P.S.  A clever portable desk lamp that opens and closes like a book is a winner paired with this book. 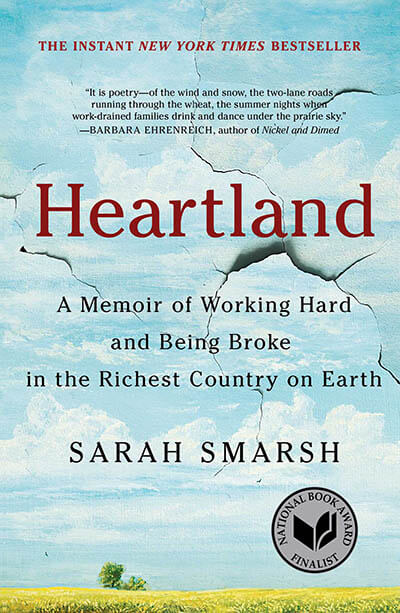 Heartland:  A Memoir of Working Hard and Being Broke in the Richest Country on Earth by Sarah Smarsh

Smarsh’s book was a 2018 National Book Award Finalist. Not too shabby!

From the Publisher (Simon & Schuster):  “Sarah Smarsh was born a fifth generation Kansas wheat farmer on her paternal side, and the product of generations of teen mothers on her maternal side. Through her experiences growing up on a farm thirty miles west of Wichita, we are given a unique and essential look into the lives of poor and working class Americans living in the heartland.

During Sarah’s turbulent childhood in Kansas in the 1980s and 1990s, she enjoyed the freedom of a country childhood, but observed the painful challenges of the poverty around her; untreated medical conditions for lack of insurance or consistent care, unsafe job conditions, abusive relationships, and limited resources and information that would provide for the upward mobility that is the American Dream. By telling the story of her life and the lives of the people she loves with clarity and precision but without judgement, Smarsh challenges us to look more closely at the class divide in our country.

A beautifully written memoir that combines personal narrative with powerful analysis and cultural commentary, Heartland examines the myths about people thought to be less because they earn less.”

P.S.  Who doesn’t love a good cup of tea while reading.  This reusable and decorative tea can filled with English Breakfast tea should be wrapped up with Smarsh’s book!