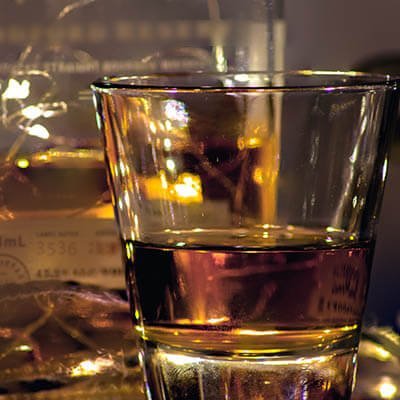 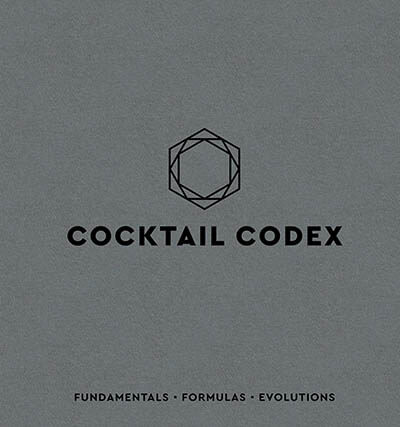 Anyone who likes to make a good cocktail will devour this beauty.

From the Publisher (Penguin Random House):  “There are only six cocktails.” So say Alex Day, Nick Fauchald, and David Kaplan, the visionaries behind the seminal craft cocktail bar Death & Co. In Cocktail Codex, these experts reveal for the first time their surprisingly simple approach to mastering cocktails: the “root recipes,” six easily identifiable (and memorizable!) templates that encompass all cocktails: the old-fashioned, martini, daiquiri, sidecar, whisky highball, and flip. Once you understand the hows and whys of each “family,” you’ll understand why some cocktails work and others don’t, when to shake and when to stir, what you can omit and what you can substitute when you’re missing ingredients, why you like the drinks you do, and what sorts of drinks you should turn to–or invent–if you want to try something new.”

P.S.  Shake this gift up a little with a Gold Cocktail Shaker. 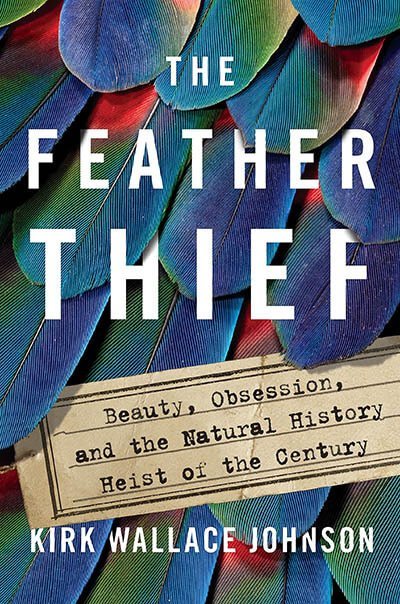 The Feather Thief:  Beauty, Obsession, and the Natural History Heist of the Century  by Kirk Wallace Johnson

If you have any fishermen in your life (especially Fly Fishermen), this book could be their next great love.

From the Publisher (Penguin House Random):  “On a cool June evening in 2009, after performing a concert at London’s Royal Academy of Music, twenty-year-old American flautist Edwin Rist boarded a train for a suburban outpost of the British Museum of Natural History. Home to one of the largest ornithological collections in the world, the Tring museum was full of rare bird specimens whose gorgeous feathers were worth staggering amounts of money to the men who shared Edwin’s obsession: the Victorian art of salmon fly-tying. Once inside the museum, the champion fly-tier grabbed hundreds of bird skins—some collected 150 years earlier by a contemporary of Darwin’s, Alfred Russel Wallace, who’d risked everything to gather them—and escaped into the darkness.

Two years later, Kirk Wallace Johnson was waist high in a river in northern New Mexico when his fly-fishing guide told him about the heist. He was soon consumed by the strange case of the feather thief. What would possess a person to steal dead birds? Had Edwin paid the price for his crime? What became of the missing skins? In his search for answers, Johnson was catapulted into a years-long, worldwide investigation. The gripping story of a bizarre and shocking crime, and one man’s relentless pursuit of justice, The Feather Thief is also a fascinating exploration of obsession, and man’s destructive instinct to harvest the beauty of nature.”

P.S.  These polarised sunglasses go well with this amazing book. 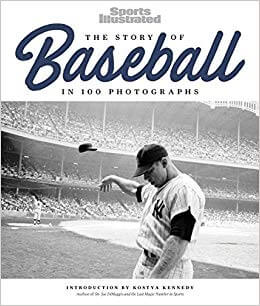 The Story of Baseball:  In 100 Photographs by Sports Illustrated

Gorgeous pictures for all baseball fans. A wonderful book to have on your coffee table or desk to spark conversation.

From the Publisher (Sports Illustrated Books):  “Through 100 Evocative, often stunning photographs, as well as the stories that accompany them, Sports Illustrated visits the great arc of baseball, America’s past time.

From the dawn of the professional era, through the days of Babe Ruth, the westward expansion and the thrilling championships of today, baseball’s rich and remarkable history is here. Inspiring events such as Jackie Robinson’s breaking the color barrier, Lou Gehrig’s Luckiest Man speech and one-handed pitcher Jim Abbott’s 1993 no-hitter live in a continuum with stirring photos of the game’s most beloved and largest personalities such as Hank Aaron, Willie Mays, Mickey Mantle, Cal Ripken Jr., Bryce Harper and many more. SPORTS ILLUSTRATED’s unmatched storytelling is in high form in a book that renders exquisite anecdotes, and explores baseball’s cultural heritage and uniquely American character, all in unforgettable style.”

P.S.  These clever drinking glasses are an absolute must to have with this book. 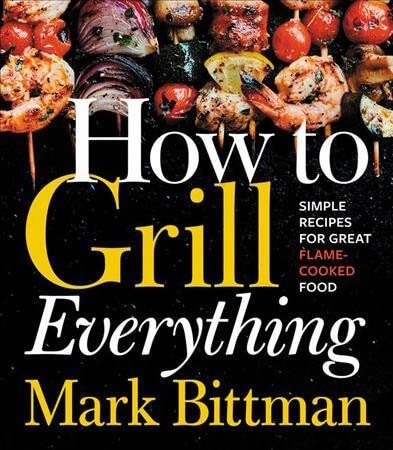 How to Grill Everything:  Simple Recipes for Great Flame-Cooked Food by Mark Bittman

If the man you are buying for likes to grill, then this is his book.  The title says it all. Fire up the grill gentlemen (and ladies too, of course)..

P.S.  An easy to use meat thermometer is essential to get with this book! 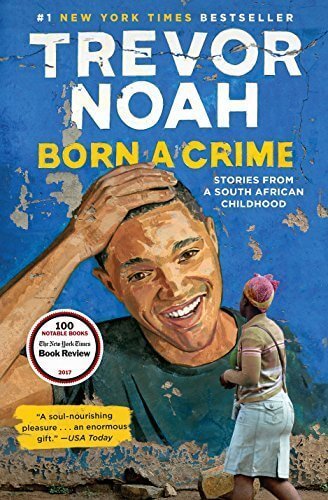 Born a Crime by Trevor Noah

The recipient of this book will go “wow” when they receive it. Women and men alike will be thrilled with this read.

From the Publisher (Penguin Random House):   “Trevor Noah’s unlikely path from apartheid South Africa to the desk of The Daily Show began with a criminal act: his birth. Trevor was born to a white Swiss father and a black Xhosa mother at a time when such a union was punishable by five years in prison. Living proof of his parents’ indiscretion, Trevor was kept mostly indoors for the earliest years of his life, bound by the extreme and often absurd measures his mother took to hide him from a government that could, at any moment, steal him away. Finally liberated by the end of South Africa’s tyrannical white rule, Trevor and his mother set forth on a grand adventure, living openly and freely and embracing the opportunities won by a centuries-long struggle.

Born a Crime is the story of a mischievous young boy who grows into a restless young man as he struggles to find himself in a world where he was never supposed to exist. It is also the story of that young man’s relationship with his fearless, rebellious, and fervently religious mother—his teammate, a woman determined to save her son from the cycle of poverty, violence, and abuse that would ultimately threaten her own life.

The stories collected here are by turns hilarious, dramatic, and deeply affecting. Whether subsisting on caterpillars for dinner during hard times, being thrown from a moving car during an attempted kidnapping, or just trying to survive the life-and-death pitfalls of dating in high school, Trevor illuminates his curious world with an incisive wit and unflinching honesty. His stories weave together to form a moving and searingly funny portrait of a boy making his way through a damaged world in a dangerous time, armed only with a keen sense of humor and a mother’s unconventional, unconditional love.”

P.S.  The man who receives this book will feel like he is walking on a cloud if he gets these cozy socks as well.